Episode 5 of the Idiot’s podcast opens with Steve wanting to coin a name for our user(s). Kevin and Bob aren’t so sure.

Steve discusses the story of a former beauty queen who hired a hitman to kill her husband. 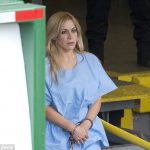 Kevin discusses the book from Aaron Hernandez that includes personal letters to his kids and friends.

Bob, who appears to be stuck on all things Russia, brings up the war games being planned by Russia this year (Vostok 2018).
https://www.independent.co.uk/news/world/europe/russia-war-games-2018-military-vostok-china-japan-trump-a8501676.html

Steve discusses a Hilton Head, SC woman who tried to protect her dog from an alligator attack on the 13th green.
https://www.cbsnews.com/news/hilton-head-alligator-attack-south-carolina-woman-walking-dog-killed-by-alligator-today-2018-08-20/’

Kevin and Bob discuss their Ocular Migraines. Ever have a prism in your eye? Look it up… https://www.allaboutvision.com/conditions/ocular-migraine.htm

A rousing discussion regarding the stripping of security clearances follows. Kevin and Steve are on team Trump while Bob tries to provide a sound reason why this is a potential national security issue and not just a partisan political move.

To complete this episode, we play a movie trivia game where Kevin and Bob fail wildly. We both decided to blame Steve for this poor showing and voted him the “Biggest Idiot” of episode 5.