Steve wants to know how you feel about trophy hunters. 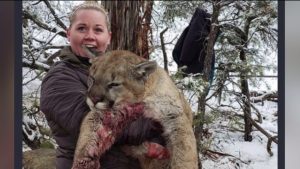 Are you the type of person that is so against big-game hunters, or hunters of any type, that you would rather see the hunter killed than the animal killed? Steve knows a few of those people. Here is a recent discussion he had. 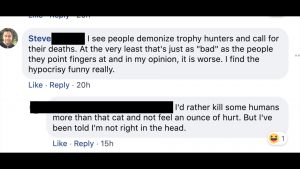 Robert Kraft. Steve has an interesting take on a person who would visit the parlors. Do you agree?

Steve’s Cousin has 11 kids. Steve picked up an Uber fare who also had 11 kids. Turns out the 11th was born on the night that Steve’s neice was born. They were next to each other in the hospital! #Buffalo #SmallWorld

We are calling this Netflix even though you had to find the documentary “Aaron Hernandez Uncovered” on Amazon.

Watch the documentary “Tricked” and join our discussion next week.
https://www.netflix.com/title/70296748

Steve was able to participate in our trivia contest this week. HE WON!! If you hear Joe’s questions, you will think it was rigged against him.