Episode 24 kicks off with the guys all here… Chris joins us for a nice round of Trivia Time. Joe ran away with the contest. Someone has been watching The History Channel!

The government shutdown continues and has reached its third week. The guys discuss their feelings on the issue and have their own opinion about what will happen. 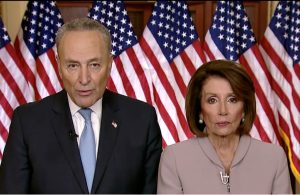 You have to take a look at the breaking news below. There is nothing like small town news.

An episode of the 1950s western TV series ‘Trackdown’ featured a snake oil salesman named ‘Trump’ who promised to build a wall in order to prevent the end of the world.

Wednesday’s announcement by Jeff Bezos that he and his wife of 25 years, MacKenzie Bezos, plan to file for divorce is raising some questions for stockholders. Under Washington law, all assets must be divided equally and some lawyers say it may be difficult to split their wealth without going into their Amazon shares. It could mean Amazon may need to create a new structure to guarantee Jeff Bezos still owns enough voting power with his shares. “This would be some creative lawyering that would have to happen,” said Jordan Neyland, an assistant professor of law at George Mason University who has written on the topic of CEO divorces. “I don’t know if there’s been any sort of precedent for this.” — CNBC 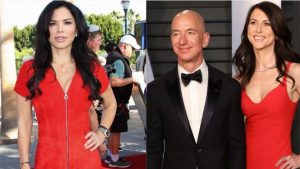 Jeff Bezos’ Affair With Married Lauren Sanchez Puts World’s Largest Fortune At Risk
“So You Think You Can Dance?”

Tim Tebow is getting married to a former Miss Universe, Demi-Leigh Nel-Peters

Chris joined us for Trivia time and failed to outwit Joe. The $200 charitable donation is still up for grabs!